Water in the desert: ephemera as an Arendtian oasis

… we, who are not of the desert though we live in it, are able to transform it into a human world… precisely because we suffer under the desert conditions we are still human and still intact; the danger lies in becoming true inhabitants of the desert and feeling at home in it… (Arendt, 1955: 201)

An unfinished lexicon for autonomous publishing 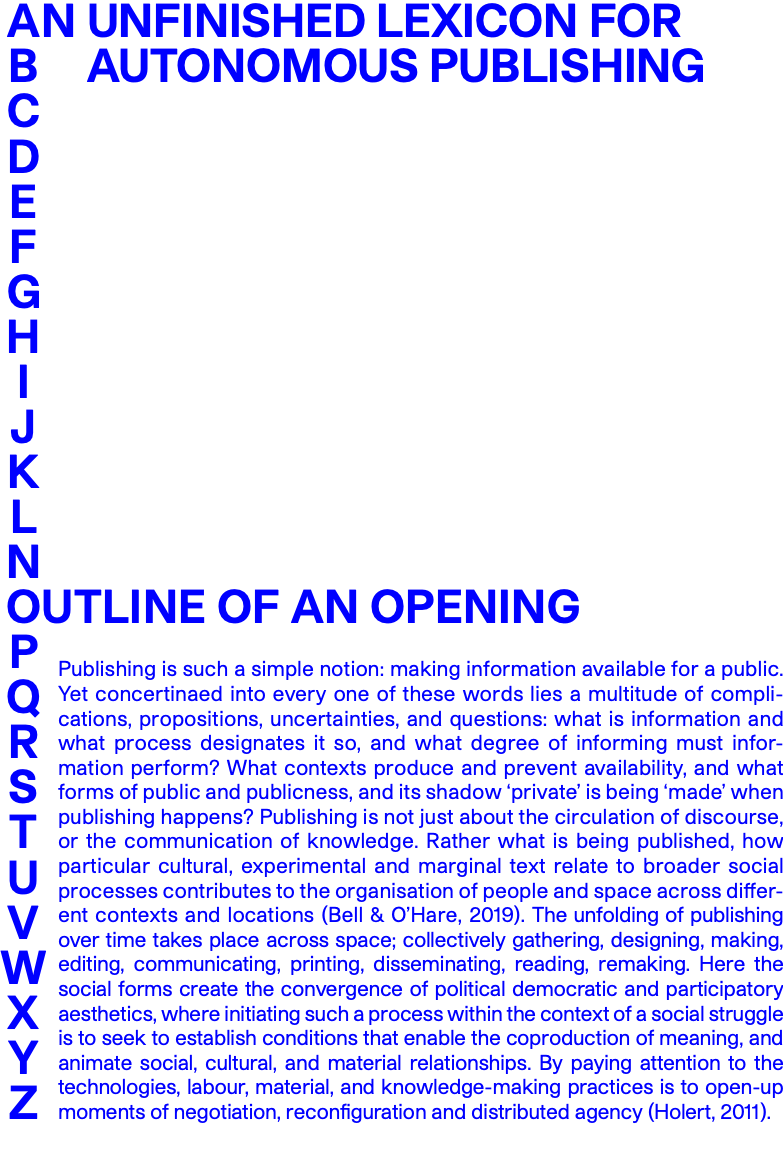 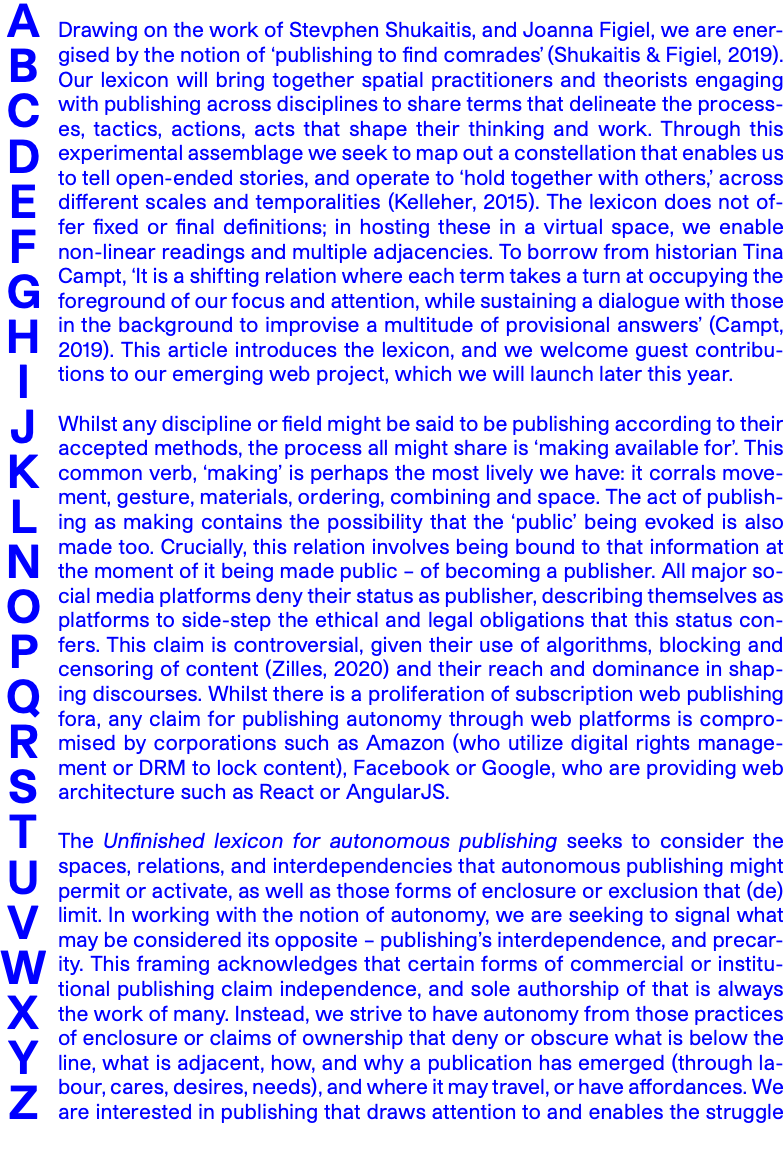 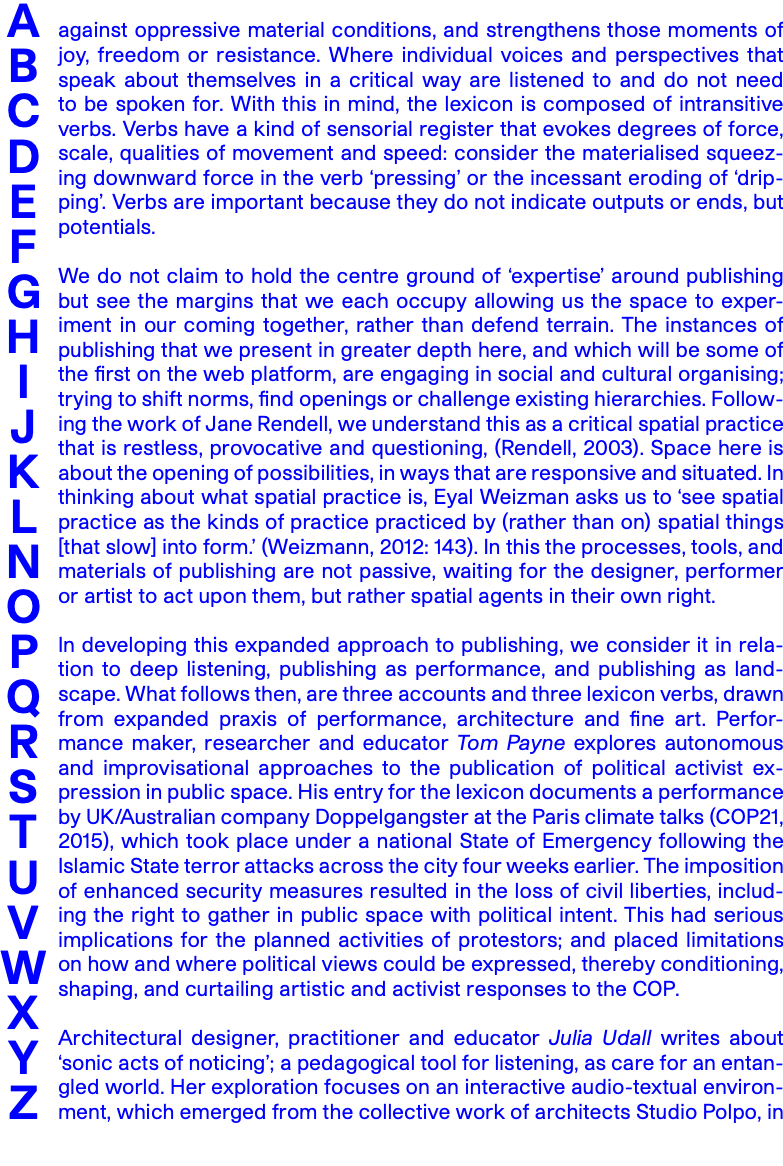 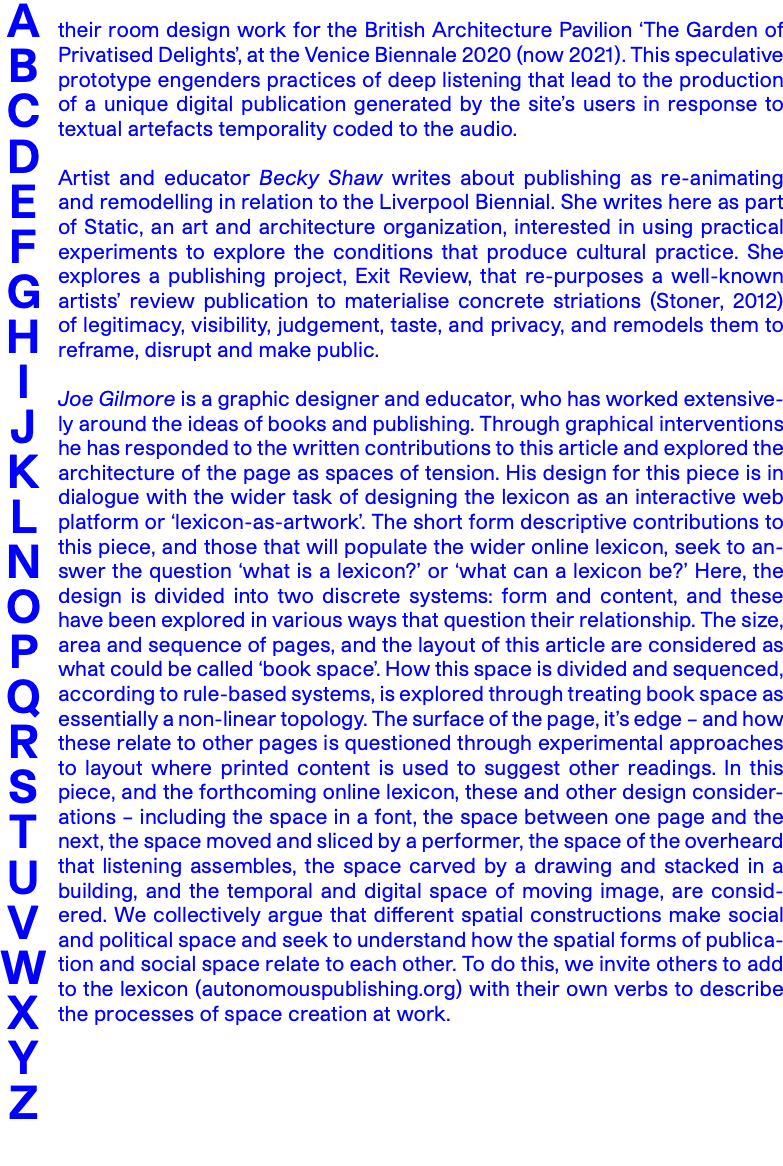 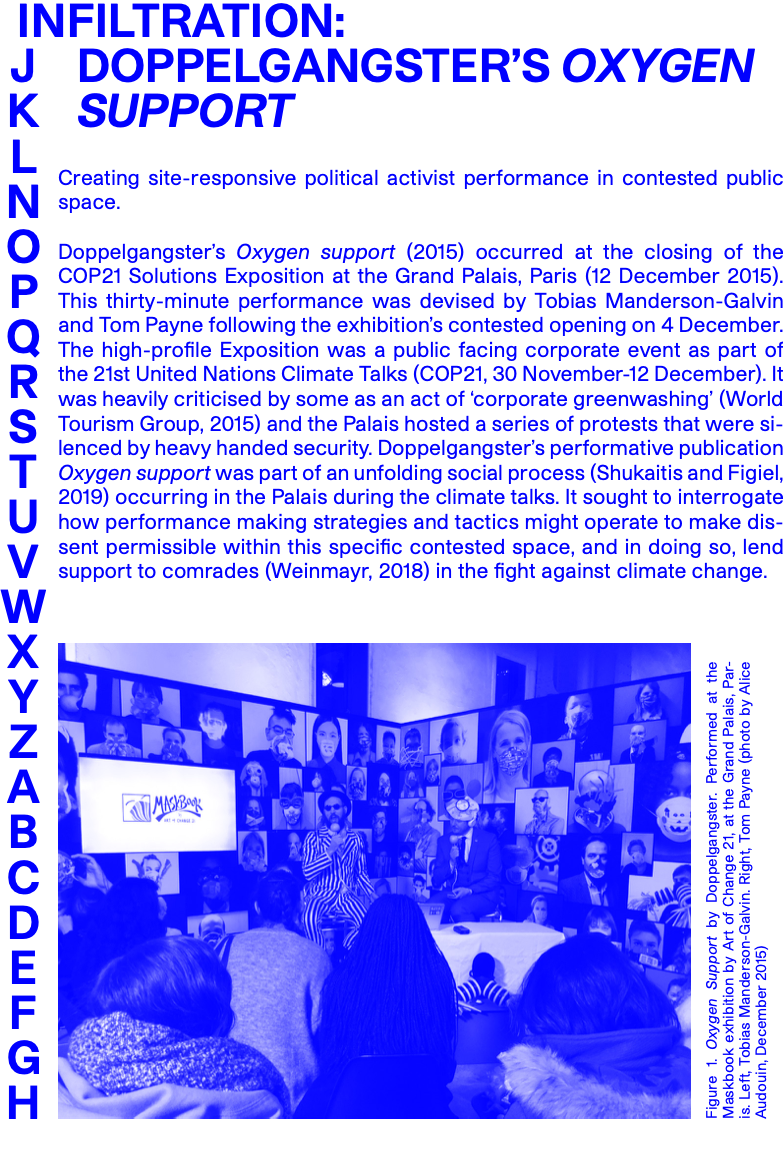 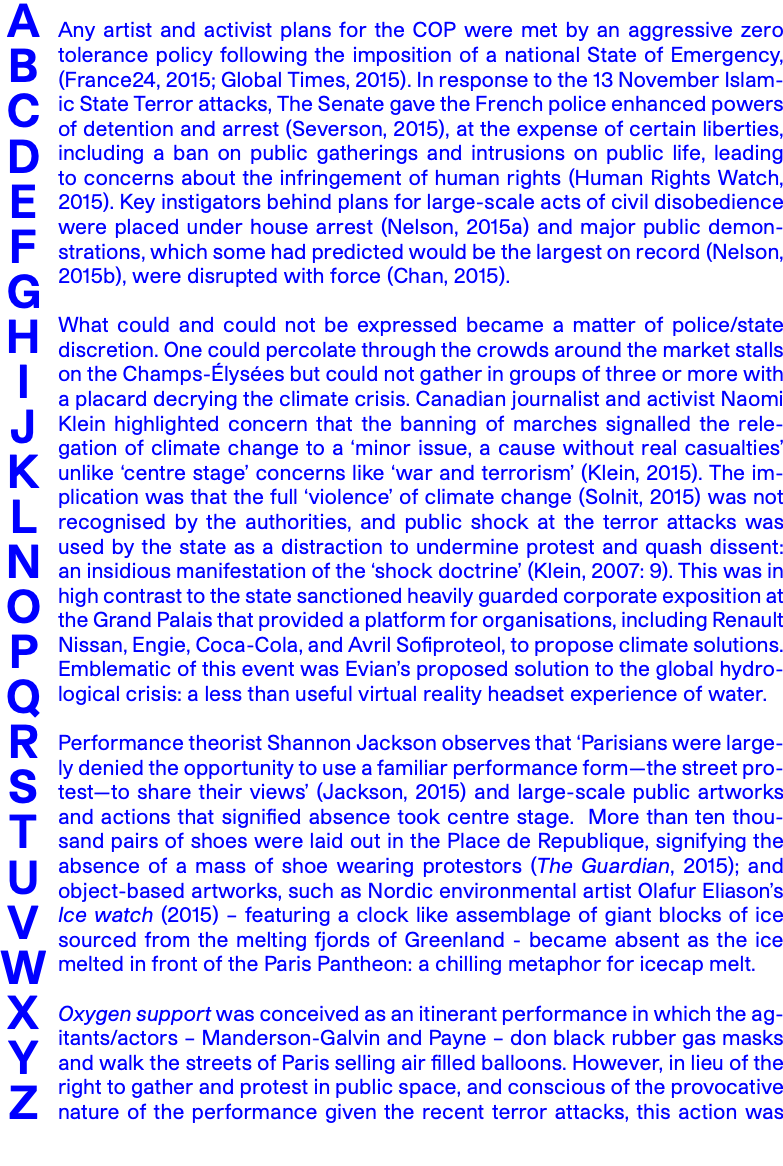 Theory and politics in organization

Scanned from a faded old analogue print and bearing no date, this photo was taken at the first meeting of the recently formed ephemera editorial board in Chris’ living room. Someone had suggested we should capture the moment for twenty years hence, when people asked us about it. Weird. 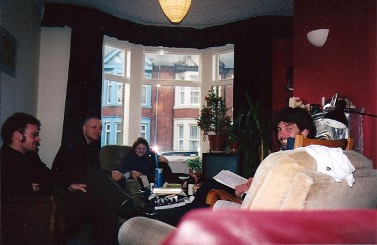 Image 1: Image provided by the authors

Challenging thought at ephemera: Attempting to think and organize differently

As a long-standing member of the ephemera collective, I have been invited to write a note on ‘challenging thought’ in light of the past, present, and future of the journal. While it is a pleasure to share some of my reflections on critical, challenging thought and thinking, I would like to open this note with our readers’ thoughts on ephemera. Recently, we asked our readers to tell us what they associate with the journal. We were moved by the responses that we received.

In 2004, the ephemera collective replaced its original subtitle, ‘critical dialogues on organization’, with a new version: ‘theory and politics in organization’. The first had survived for just three years, while the second has remained with us ever since. This should not be surprising, given that ephemera has always had a dual focus on theory, with a special interest in philosophy, on the one hand, and in politics, and the movements that challenge the hegemony of transnational corporations in particular, on the other.

Being in another tongue

We live in a world of confounded languages, differing cultures and polarised worldviews; a world where we find it very hard to understand each other, not least because of the language differences between us and the language-related prejudices we sometimes are not even aware of. Whilst accepting this and navigating life in this world has not come easily to me, there has been one space in which I always felt that we shared the same ‘language’, the same universe of values and the same affective responses to what was happening around us.

From my limited perspective, I have found that academic activism can be a source of delight offering a sense of connectedness that is rare in academic work. It is also daunting. Activism can be as frustrating as it is satisfying. Making peace with this ambivalence early on is probably a good idea.

The wonderfully organized and mediated endurance of ephemera

There used to be a time, in the late noughties and early teens, when at ephemera editorial collective meetings an item would sneak onto the agenda: the closure of ephemera. I joined ephemera as a member of the editorial collective in 2007, and left 10 years later. Especially during the early years of my time with ephemera, there was a sense in which the name of the journal was taken quite seriously: if the journal is to be ephemeral, when has our time come? When is the time to call it a day?

It may seem like another world, but it was only a little over a decade ago that scholars were engaged in an energetic debate over the liberatory nature of the internet. Today, as millions of people spend hours a day on Zoom meetings, navigate their children through ‘online learning’, and write work emails late into the night, the notion that the internet was ever going to liberate us from capitalism seems naïve if not farcical.