The politics of workers' inquiry

Workers’ inquiry is an approach to and practice of knowledge production that seeks to understand the changing composition of labor and its potential for revolutionary social transformation. It is the practice of turning the tools of the social sciences into weapons of class struggle. Workers’ inquiry seeks to map the continuing imposition of the class relation, not as a disinterested investigation, but rather to deepen and intensify social and political antagonisms. 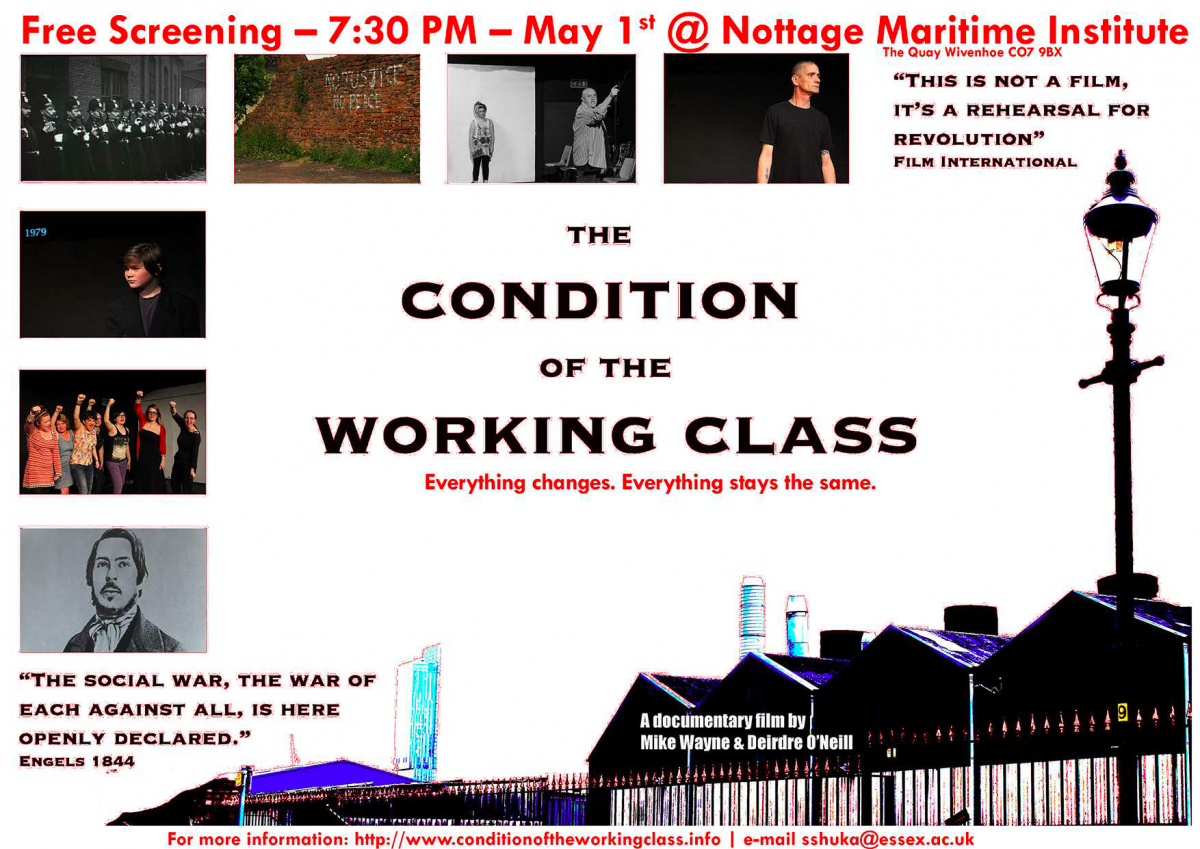 4:20 – 4:50 Heidi Hasbrouck (Goldsmiths): The NJ Diner Circuit. A workers inquiry into the precarity of diner service.

Workers’ inquiry is an approach to and practice of knowledge production that seeks to understand the changing composition of labor and its potential for revolutionary social transformation. It is the practice of turning the tools of the social sciences into weapons of class struggle. Workers’ inquiry seeks to map the continuing imposition of the class relation, not as a disinterested investigation, but rather to deepen and intensify social and political antagonisms.

Mario Tronti argues that weapons for working class revolt have always been taken from the bosses’ arsenal. But, has not it often been suggested, to use Audre Lorde’s phrasing, that it is not possible to take apart the master’s house with the master’s tools? While not forgetting Lorde’s question, it is clear that Tronti said this with good reason, for he was writing from a context where this is precisely what was taking place. Italian autonomous politics greatly benefited from borrowing from sociology and industrial relations – and by using these tools proceeded to build massive cycles of struggle transforming the grounds of politics.

Of these adaptations the most important for autonomist politics and class composition analysis is workers’ inquiry. Workers’ inquiry developed in a context marked by rapid industrialization, mass migration, and the use of industrial sociology to discipline the working class. Workers’ inquiry was formulated within autonomist movements as a sort of parallel sociology, one based on a radical re-reading of Marx and Weber against the politics of the communist party and the unions. While the practitioners of workers’ inquiry were often professionally-trained academics – especially sociologists – its proponents argued their research differs in important ways from ‘engaged’ social science, and all varieties of industrial sociology, even if there are similarities. If bourgeois sociology sought to smooth over conflicts, and ‘critical’ sociology to expose these same conflicts, workers’ inquiry takes the contradictions of the labor process as a starting point and seeks to draw out these antagonisms into the formation of new radical subjectivities.

This is not to say that workers’ inquiry is an unproblematic endeavor. We remain skeptical that the weapons of managerial control can be cleanly re-appropriated without reproducing the very social world they were designed to take apart. For as Steve Wright argues, “the uncritical use of such tools has frequently produced a register of subjective perceptions which do no more than mirror the surface of capitalist social relations.” As the legacy of analytical Marxism reveals, imitation is never far removed from flattery, and at its worst moments, workers’ inquiry risks becoming its object of critique. To be fair there are disagreements among the proponents of workers’ inquiry over the limitations of drawing from the social sciences. But to continue the metaphor, like any potentially dangerous ‘weapon’, sociological techniques must be carefully examined, and when necessary, disabled.

Today we find ourselves at a moment when co-research, participatory action research, and other heterodox methods have been adopted by the academic mainstream, while managerial styles like TQM carry a faint echo of workers’ inquiry. In the contemporary firm workers are already engaged in self-monitoring, peer interviews, and the creation of quasi-autonomous ‘research’ units, all sanctioned by management. Workers’ inquiry is now part of the accepted social science repertoire: its techniques no longer seem dangerous, but familiar, at least at the methodological level. The bosses’ arsenal now includes weapons mimicking the style, if not the substance, of workers’ inquiry. And as George Steinmetz has suggested, while blatantly positivistic research styles have fallen out of favor, this obscures the ‘positivist unconscious’ that continues to interpellate even apparently anti-positivist methodologies.

The pioneers of workers’ inquiry argued researchers must work through/against the ambivalent relations of (social) science; now, there may be no other option.  Wherever there are movements organizing and addressing the horrors of capitalist exploitation and oppression, the specter of recuperation is never far behind. The point is not to deny these risks, but to the degree such dynamics confront all social movements achieving any measure of success. It is by working against and through them that recomposing radical politics becomes possible. Today workers’ inquiry remains, as Raniero Panzieri argues, a permanent reference point for autonomist politics, one that informs continuing inquiries into class composition. With this issue we seek to rethink workers’ inquiry as a practice and perspective, and through that to understand and catalyze emergent moments of political composition.

We invite presentations and interventions that update the practices of workers’ inquiry for the present moment of class de-/recomposition. Can we develop, taking up Matteo Pasquinelli’s suggestion, a form of workers’ inquiry applied to cognitive and biopolitical production? The very possibility of a workers’ inquiry begs reconsideration when official unemployment figures drift toward 50% among sectors of the industrial working class.

We are particularly interested in research that expands and/or deconstructs the project of workers’ inquiry, or that transposes workers’ inquiry onto unconventional terrain such as archival research and cultural studies. Additionally, we encourage contributors to include a substantial reflection on method, possibly addressing some of the tensions outlined above and engaging with recent debates about method and measure.

Please send proposals of no more than 500 words to the organizers (Stevphen Shukaitis & Abe Walker): conference@ephemerajournal.org by February 28th, 2013

Attempts will be made to keep registration costs low, particularly for those without funding, and will be run on a sliding scale basis.

Sponsored by ephemera and the Essex Centre for Work, Organization, and Society

vol. 19, no. 4
The ethico-politics of whistleblowing: Mediated truth-telling in digital cultures
Nov 2019