I draw comics, also known as graphic storytelling, also known as sequential art, also known as the ninth art,[1] also known as low culture. The English-speaking world came a fair bit later to the party than the Francophones, but today this genre is being taken seriously as never before.[2]

Killer jellyfish rock Rio is the second in my Killer jellyfish series,[3] which humbly follows in the satirical tradition of Jonathan Swift and Rake’s progress by Hogarth, viewed by some as ‘the father of the modern cartoon – and the modern comic, too’.[4]

Before I drew comics, I made other kinds of art. In 2007, I made an installation of a two-metre-long whale and was reading a lot about the oceans. This article caught my eye:

A second pack comprising millions of juvenile mauve stinger jellyfish has been spotted off the coast of Scotland, less than a week after an overwhelming attack by Pelagia noctiluca killed 100,000 salmon at a Northern Ireland fish farm.[5]

The more I read, the more surreal it became: headlines like ‘Jellyfish take on US warship’[6], ‘Spineless attacks on nuclear power plants could increase’[7] or ‘Jellymageddon: Can we stop the rise of the jellyfish?’[8] were classic ‘low art’ comic tales. This was truth being a whole lot weirder than fiction. So when I started drawing comics, the jellyfish were a perfect subject.

Rock Rio was created for this ephemera special issue. I couldn’t resist the temptation of drawing the jellyfish visiting (and trashing) an academic conference. Yet the state of the oceans is no laughing matter: it is a state of emergency.[9] The jellyfish family members of the subphylum Medusozoa have been around a long time[10] and may well outlive us all, flourishing as they do in places where vertebrates and shellfish cannot. Dr Lisa-Ann Gershwin, renowned jellyfish expert and author of Stung! On jellyfish blooms and the future of the ocean[11] does not mince her words:

Our impacts are creating tipping points, and once ecosystems have passed those tipping points, they become really stable in their new normal. Once jellyfish take over an ecosystem – or any pest for that matter – it’s hard to undo that. Pest controlled ecosystems are some of the most incredibly resilient ecosystems around: think of cockroaches in your kitchen or dandelions in your garden, pests are tenacious by their very nature. The best way to fix this is to not let it happen in the first place.[12]

As jellyfish come ever more into prominence, can they help the hominid subspecies Homo sapiens sapiens,[13] understand anything other than our own hubris? 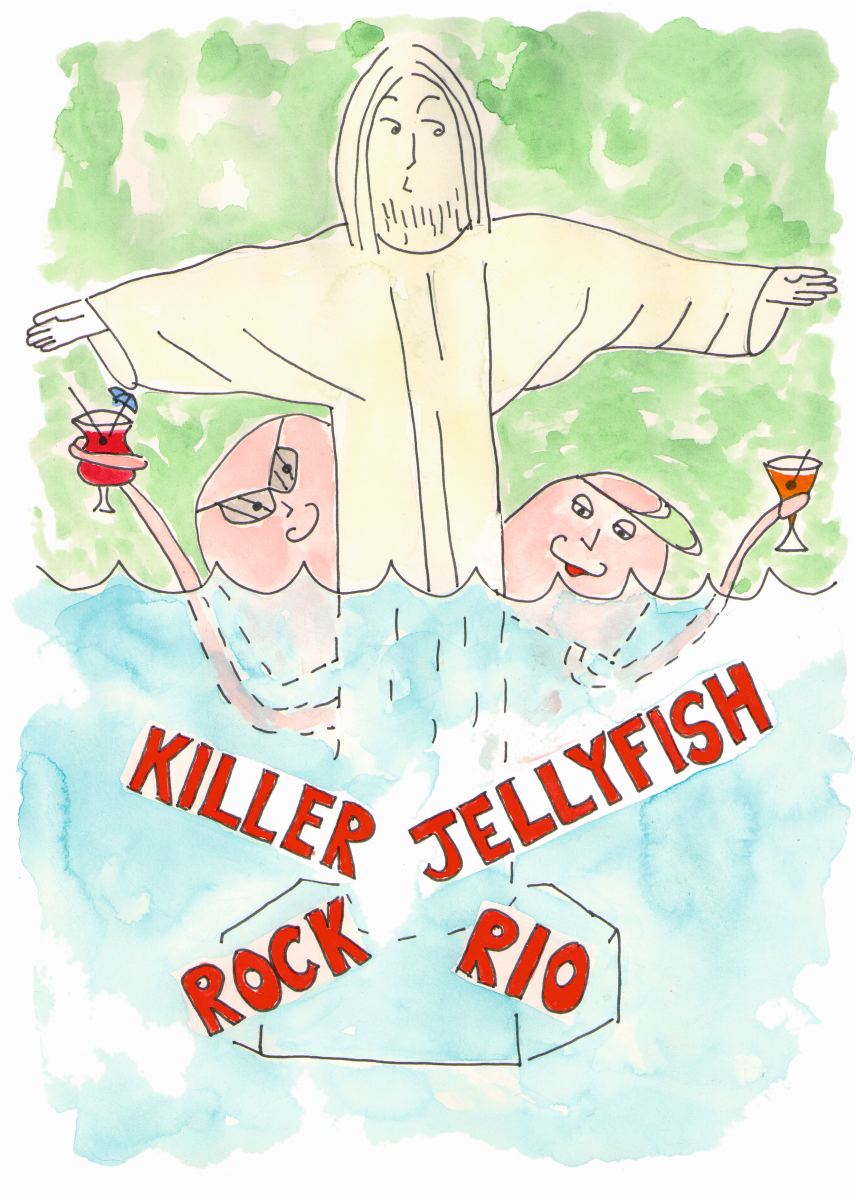 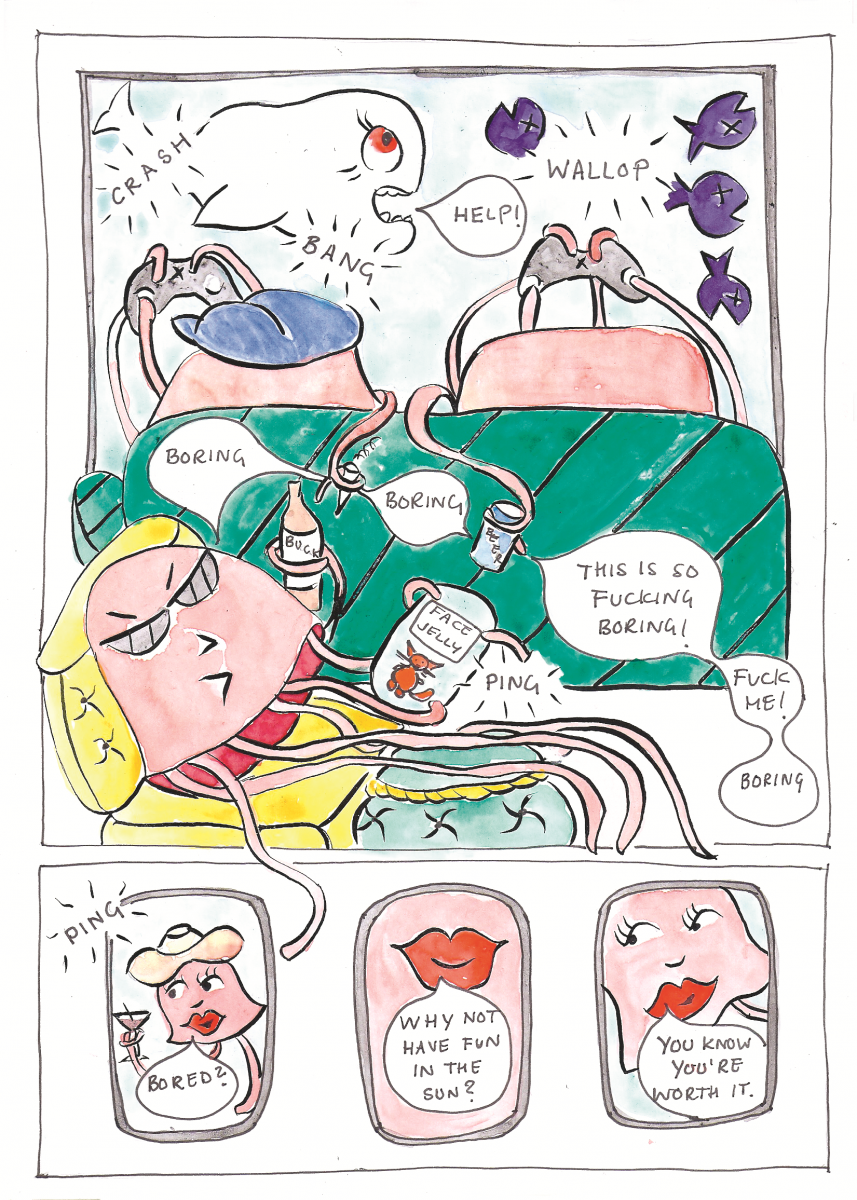 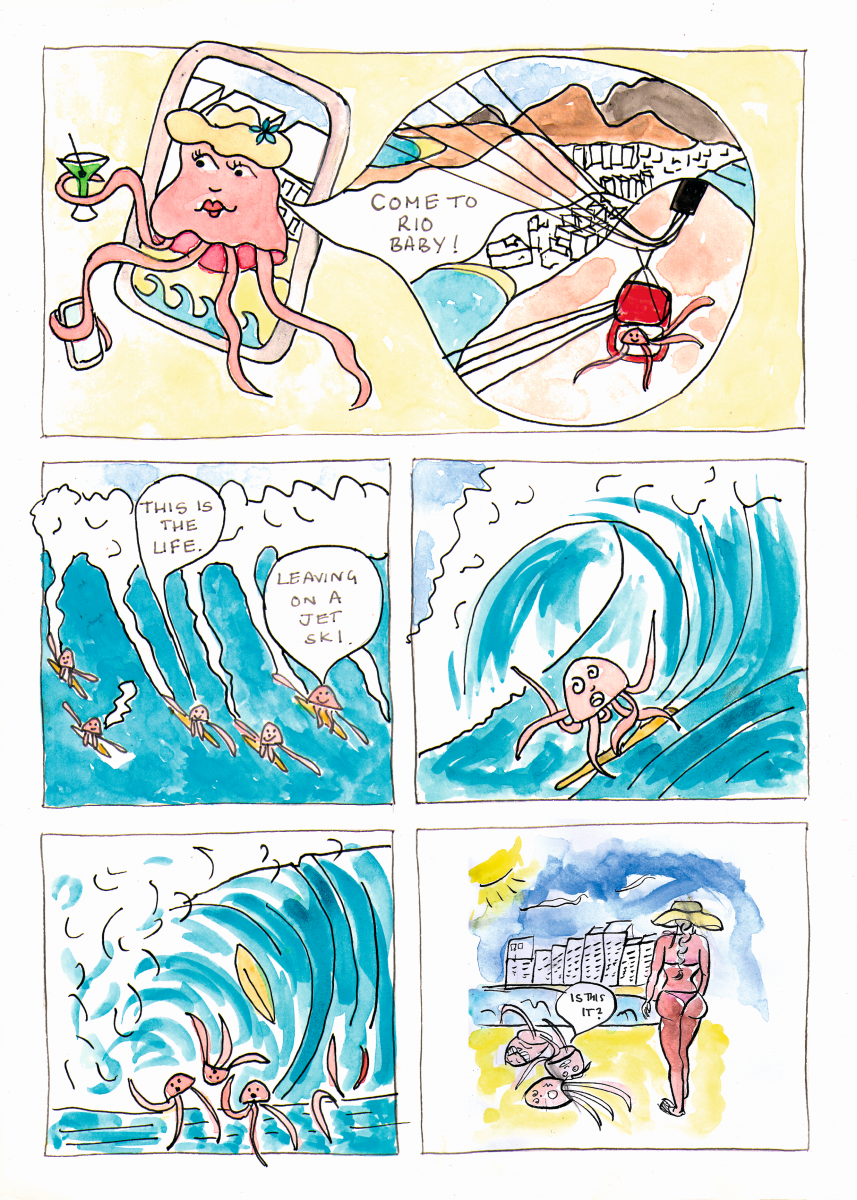 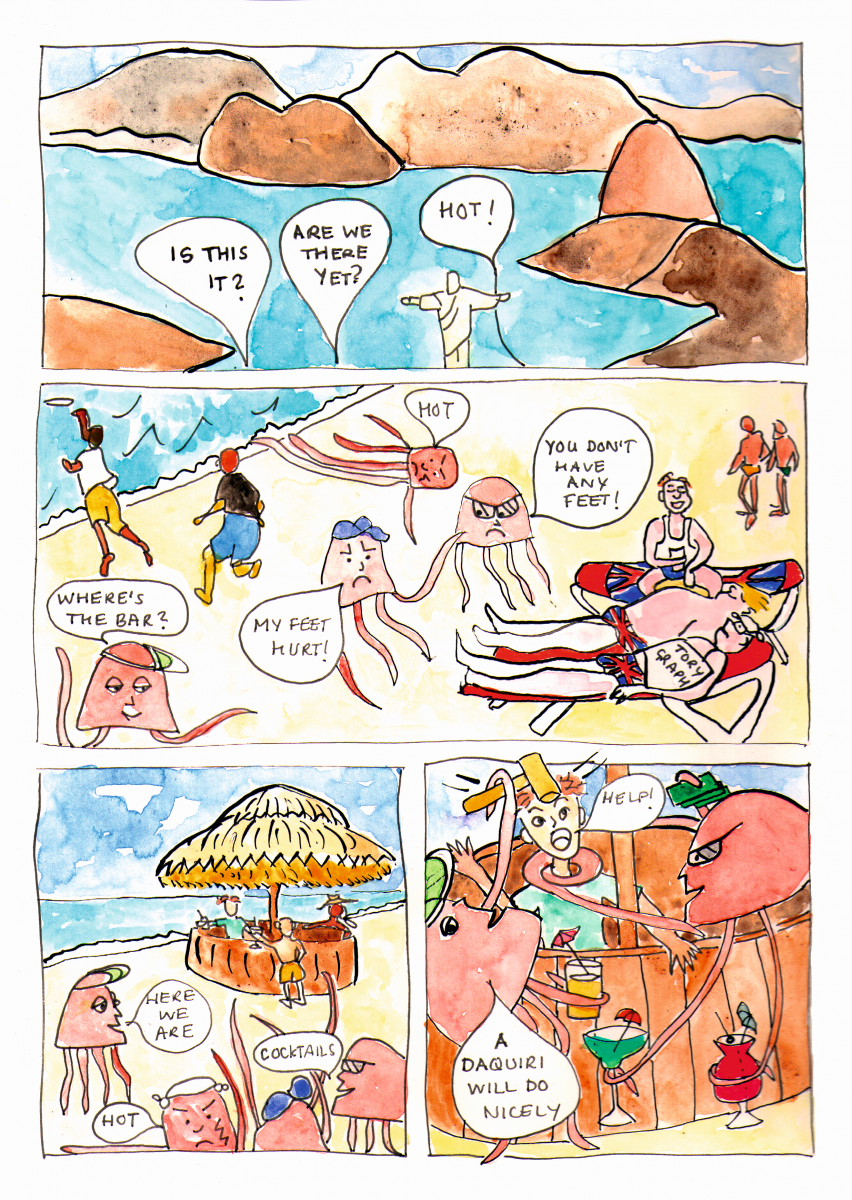 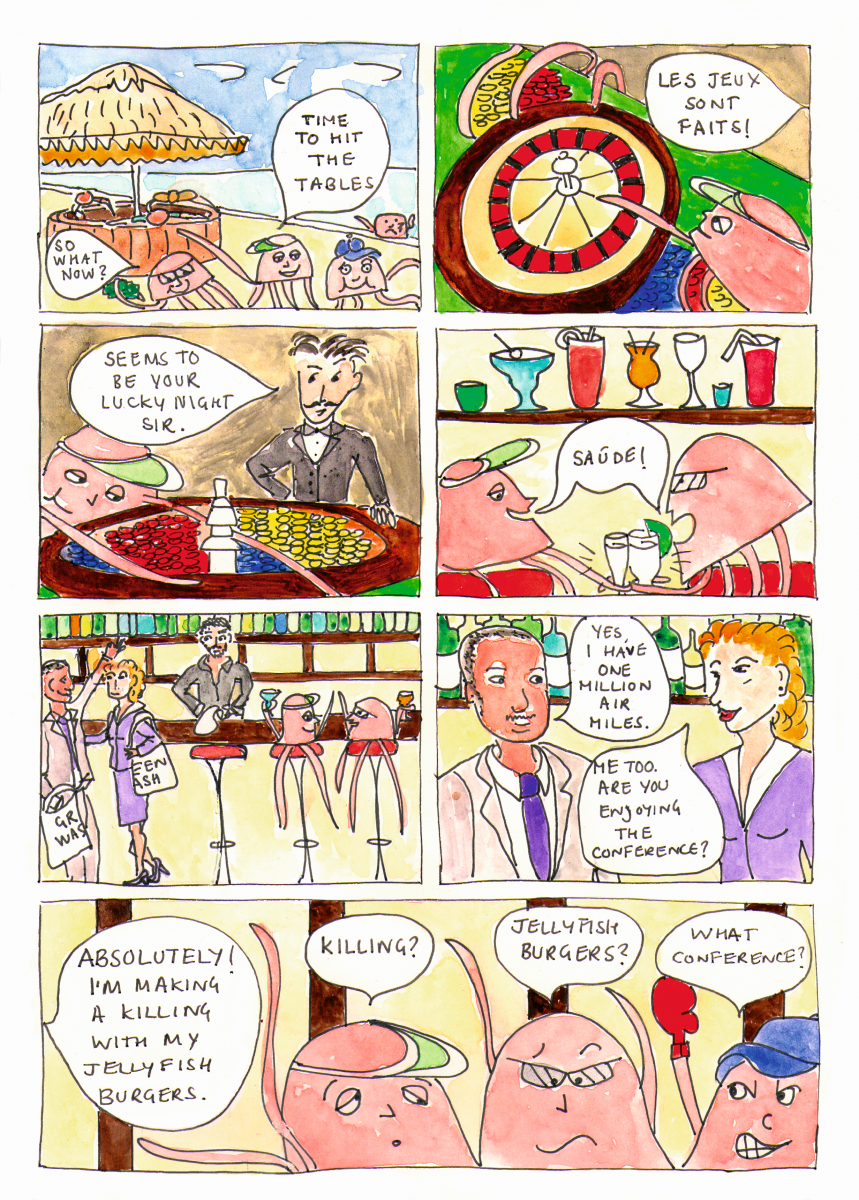 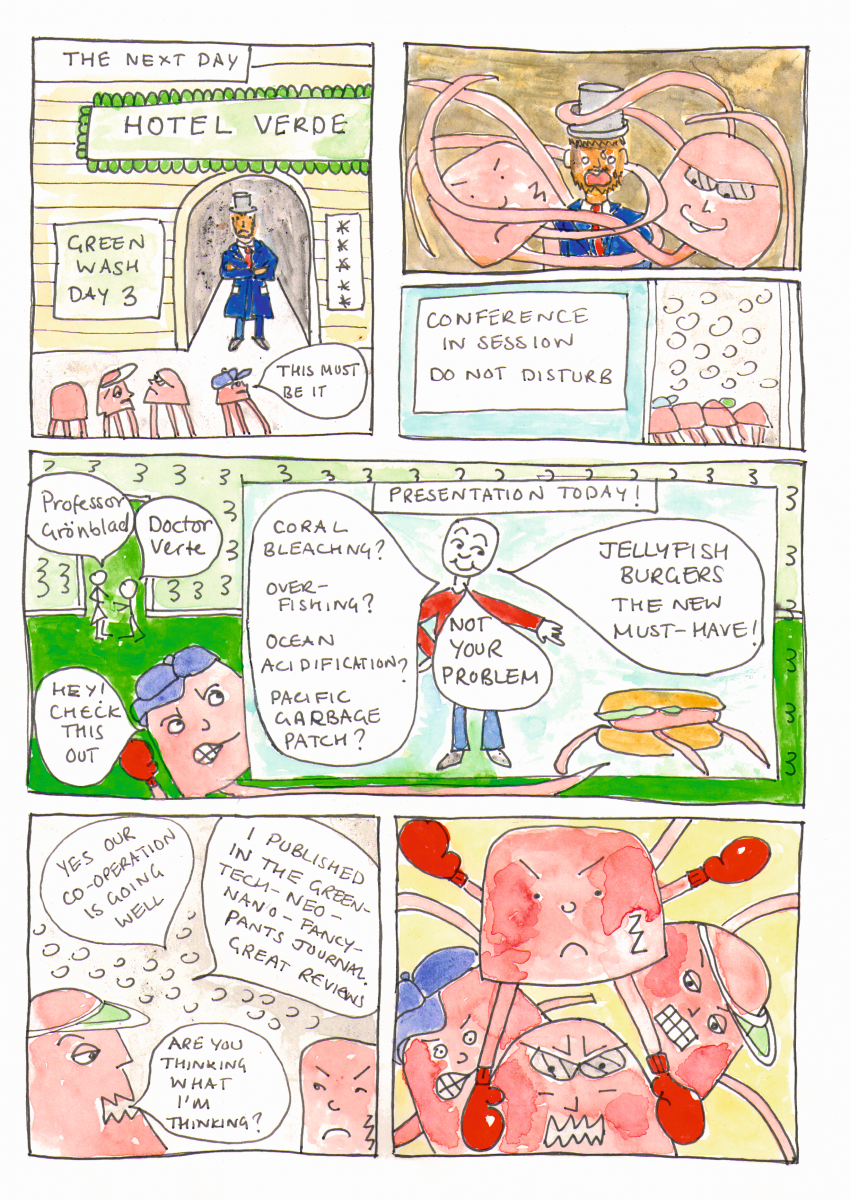 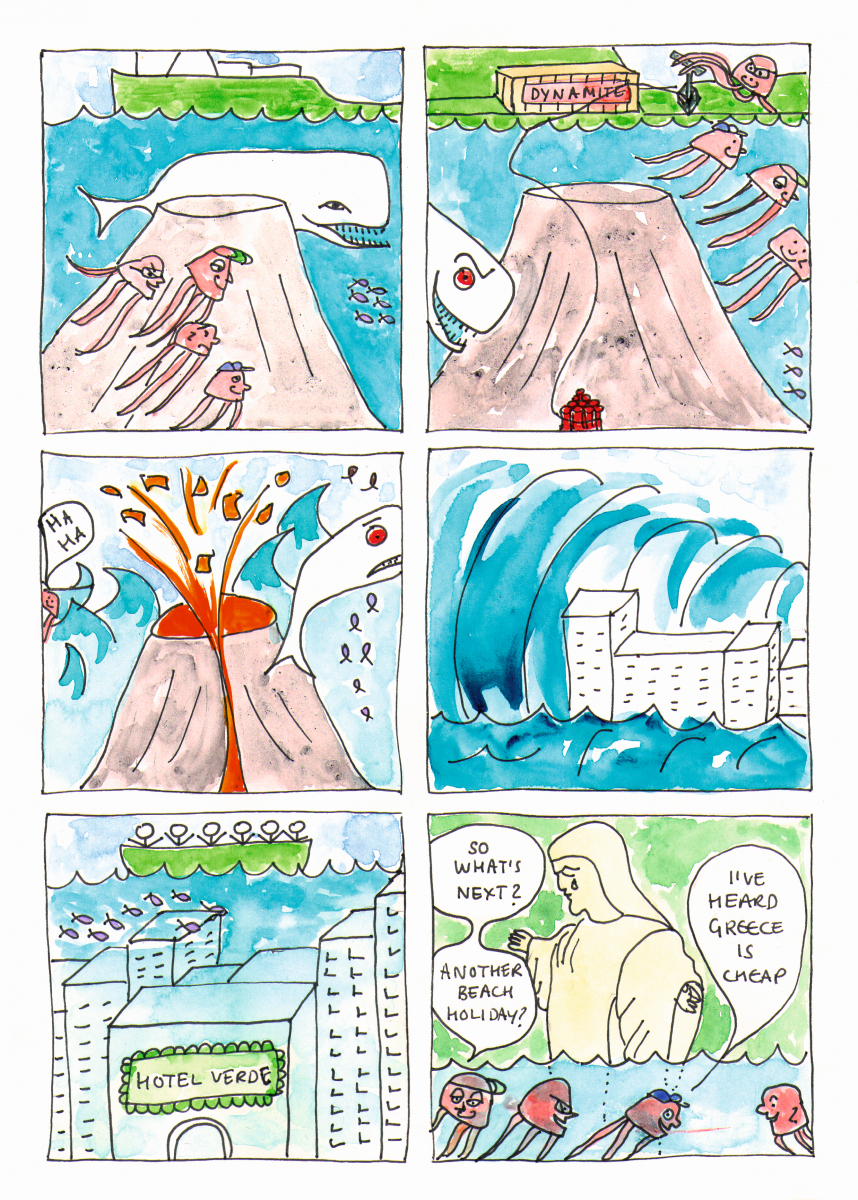 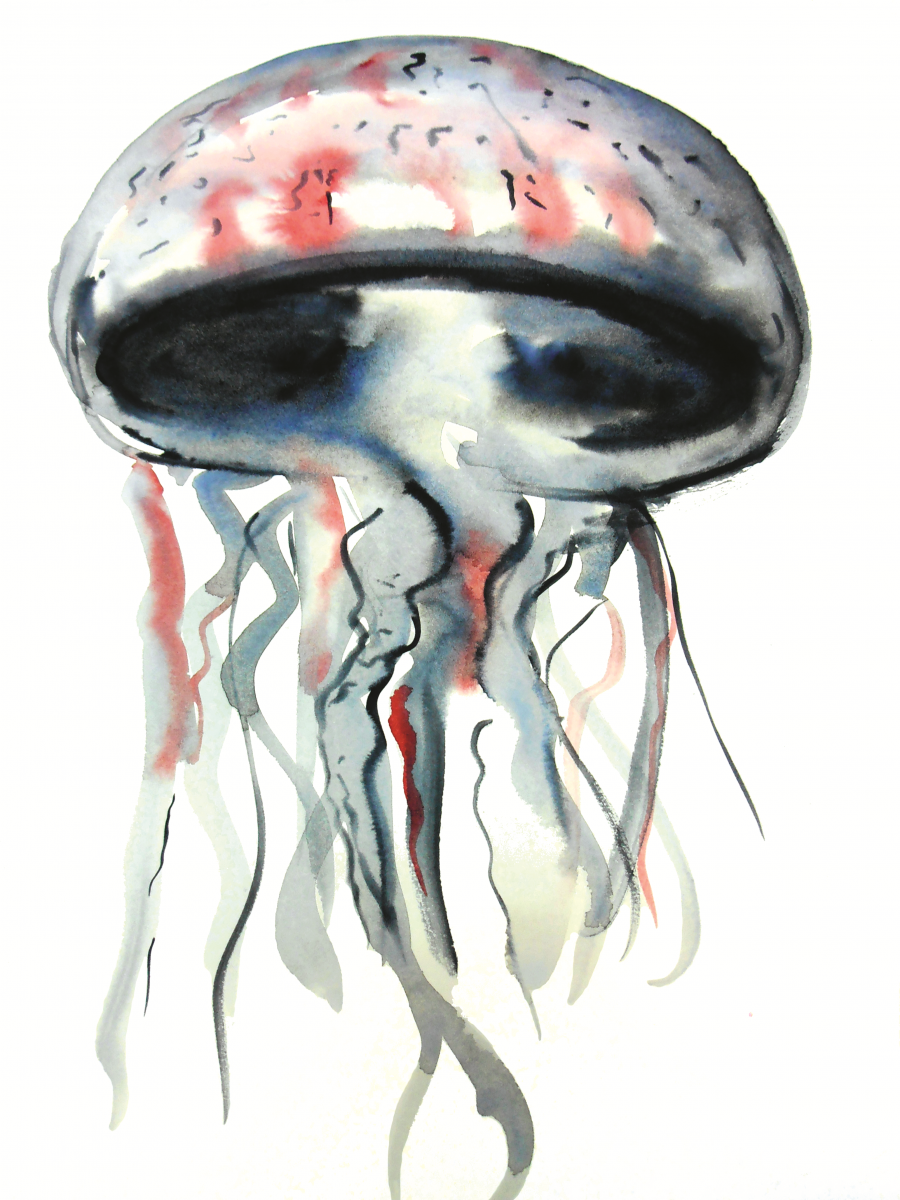 [12]    Nexus Media (2016) ‘Are jellyfish going to take over the ocean? An interview with jellyfish expert Lisa-Ann Gershwin’, Popsci.com, 8 December. [http://www.popsci.com/built-for-survival-jellyfish-are-quickly-becoming-pests]

Eileen Laurie was born in Scotland and studied fine art in Northern Ireland. She has lived in several countries and is now based in Malmö: the ‘comicville’ of Sweden. A voracious reader from a young age, she also read comics, from 2000 AD[1] to various Scottish classics[2]. A French friend gave her Persepolis by Marjane Satrapi around 2004, a work of graphic storytelling that makes very clear that we can use comics to tell any kind of story, not just about guns and men in tights. Digital commons, the political and social change: Towards an integrated strategy of counter-hegemony furthering the commons
Alexandros Kioupkiolis
END_OF_DOCUMENT_TOKEN_TO_BE_REPLACED